What Is Threat Modeling?

What Is Threat Modeling?

Threat modeling is a process designed to optimize network security by discovering vulnerabilities, understanding the impact and quantifying the severity of these threats, identifying objectives, and creating countermeasures to prevent or reduce the effects of cyberattacks against an organization’s systems. This method views an application or system through a security lens. Many use cases can benefit from cloud threat modeling, such as applications, business processes, distributed systems, Internet of Things (IoT) devices, networks, software, and systems.

How Does Threat Modeling Work?

Even though threat modeling can be implemented anytime during development, it’s recommended to implement it at the beginning of a project life cycle, such as for a new application or an updated system. Starting this method at an early stage can help security teams identify and address threats before they become serious issues. It’s better to be safe than sorry is a good motto for businesses to use. Additionally, this method can help developers become more aware of the security risks regarding their design, code, and configuration choices.

Threat modeling uses the perspective of threat actors to determine how much damage they can potentially do. Security experts will perform a comprehensive analysis of the system or software’s architecture, business context, and other relevant assets. By completing this analysis, developers can better understand critical aspects of an organization’s system.

Typically, developers use the following four-question framework to perform this process:

While there are multiple threat modeling methodologies, below are the key steps found in most of them.

The team should include stakeholders, such as business owners, C-level executives, developers, network architects, and security professionals. Creating a diverse group will help produce a holistic threat model outlook.

Determine and describe what the threat modeling framework will cover. Will the scope focus on a new application, the application’s network, or the infrastructure it runs on? Additionally, it’s helpful to take an inventory of the components and data, which can be classified by data type and then mapped to architecture and data flow diagrams.

Conduct a what-if exercise to determine where threats may exist regarding components deemed threat targets. This exercise helps create broad, technical, and unforeseen threat scenarios, such as threat or attack trees, that can help find potential weaknesses that lead to a compromise. Developers can use threat modeling tools to automate this essential step.

Rank each threat to determine its risk level and to help prioritize risk mitigation efforts. Indeed, a simple approach that developers can use is to multiply the damage potential of a threat by the possibility of it happening.

The team should choose how to lessen each threat or the risk to an acceptable level for a business. The choices are to prevent risk, transfer, decrease, or accept it.

6. Keep a record of the results

Keep a record of all of the results and actions, which can be used to update the threat model quickly and easily, such as future changes to the application, environment, and threat landscape.

New security threats are constantly emerging, which makes threat modeling a critical yet complex process for businesses. Threat modeling tools are a valuable resource to reduce the complexity of the process, which can help developers establish a structured approach that can be used again. This is a significant time saver because it would take more time and energy to create a threat model from scratch every time a new threat or attack surfaces. A reliable tool enables users to visualize, design, and plan for various possible threats. Look out for these essential features when choosing a threat model tool:

CAIRIS is an open-source platform that leverages intelligence about possible threats to measure the attack surface and confirm designs for known security and potential GDPR compliance issues.

IriusRisk is a diagram-centric threat modeling tool that uses adaptive questionnaires to guide users through the technical architecture, planned features, and security context of an application or system.

This Microsoft resource is designed for those who aren’t security wizards. It offers guidance on how to create and analyze threat models per Microsoft’s Security Development Lifecycle. The tool uses standard notation to explain data flows, system components, and security risks. Indeed, this resource makes it easier to identify possible threats based on the software structure being built.

OWASP Threat Dragon is an open-source resource that operates as a web or desktop application. It documents potential threats, establishes mitigation solutions, and demonstrates users’ threat model components and surfaces. This model follows the principles of the threat modeling manifesto, which analyzes system representations to emphasize security concerns and privacy characteristics.

SD Elements is a tool that collects and classifies system information depending on security vulnerabilities. The data gathered from this tool creates audit-ready reports for users.

Threagile is an open-source integrated development environment resource that implements threat modeling at the application codebase. This tool can be run using the command line as a Docker container or a REST server. Docker is an open-source software platform that creates, deploys, and manages virtual application containers. Containers are standardized, executable components that combine application source code with the operating system (OS) libraries and dependencies needed to run code in any environment.

ThreatModeler is a platform that automates the threat modeling process by identifying, predicting, and defining security risks in application design.

No matter what tool or method is used, businesses must implement threat modeling into their project lifecycles. This process should be used every time an application, IT infrastructure, or system changes or new threats emerge. Staying consistent with threat model changes will help keep it up-to-date, making it easier to identify and fix vulnerabilities before cyber criminals discover them and wreak havoc on a company’s applications, software, and systems.

In addition to threat modeling, it’s recommended that businesses utilize a holistic, layered approach to security. A layered approach can include everything from encryption to tokenization, which can help prevent cyberattacks from harming your business. With tokenization, sensitive data is replaced with unique, randomly generated numbers known as tokens. These tokens are undecipherable and irreversible, which means hackers will not be able to access the original data. Thus, a business impacted by a data breach will not suffer from compromised sensitive data. 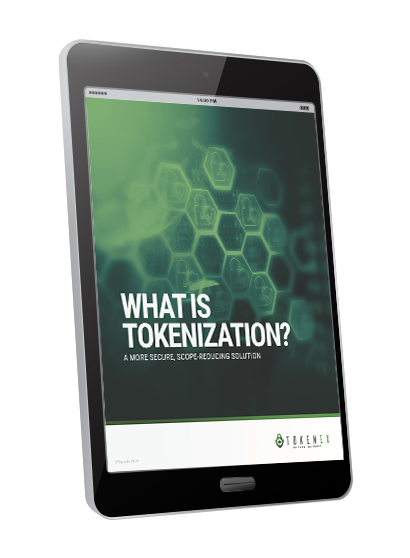 Enough of PCI, How Do We Get Our Company Out of Scope?

How to Protect Your Crypto from Hackers

Is Killware the New Wave of Healthcare Ransom Attacks?

Enough of PCI, How Do We Get Our Company Out of Scope?

How to Protect Your Crypto from Hackers

Is Killware the New Wave of Healthcare Ransom Attacks?